Heavily pregnant Dodge arrived at our Bridgend Adoption Centre in July after a kind member of the public spotted her on the streets.

The poor stray weaved around the woman’s feet looking for a fuss, so she named her Dodge as she had to keep dodging around her to avoid being tripped up. 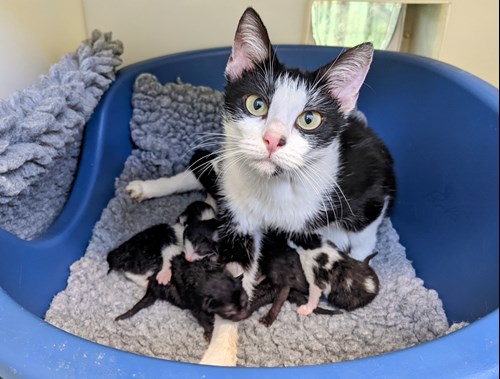 Dodge with her litter of newborn kittens

Once in our care, Dodge gave birth to six beautiful kittens on 21 July and we asked our official partners Shark for help naming them all.

Shark put a callout on their social media channels for people to suggest some names, and then the team picked their favourites. 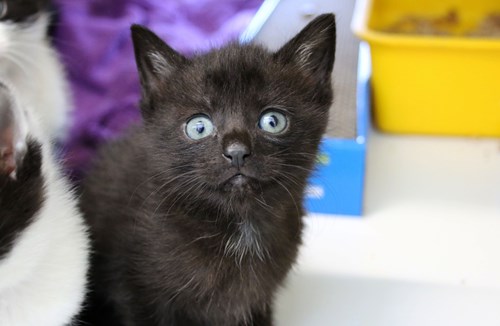 At five weeks old the kittens were gaining some independence

The winning names were: Shadow, Salem, Sky and Magic for the boys and Luna and Storm for the girls – all appropriately seasonal for when the kittens would be old enough to be rehomed.

Over the following weeks we then gave Shark’s followers updates on how the kittens were doing. 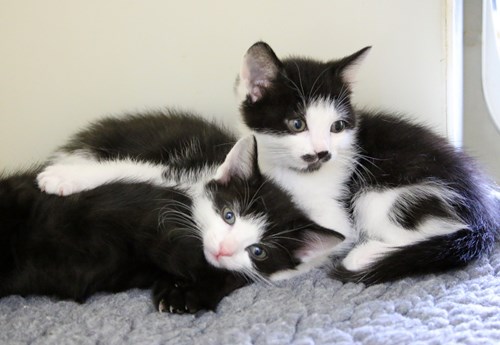 At six weeks old the kittens were doing well and starting to eat solid food. Sky was a bit poorly and was put on a course of medication.

Dodge had her paws full as the kittens were all running around and playing. She has been a very patient mother, but we’re sure when the time comes for them to leave she will be relieved to have a rest! 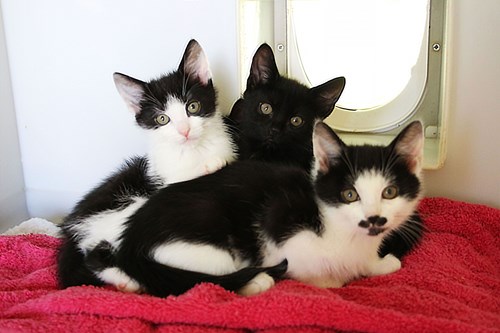 So far Dodge, Salem, Shadow, Magic and Storm have been adopted and we’re sure it won’t be long before Luna and Sky find new homes too. 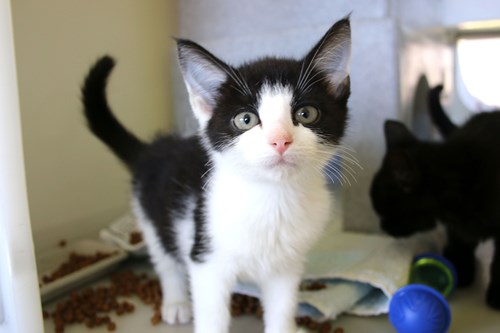 At 10 weeks old, Sky will soon find his new home

Shark have so far raised over £90,000 for Cats Protection’s vital work and have committed to donating a further £50,000 each to Cats Protection and to Dogs Trust in 2021.

Shark is a leading name in upright and cordless vacuum cleaners and their TruePet range is purposefully designed for homes with pets. The powerful pet tool will quickly remove embedded cat hair from your floors and furnishings and Anti Hair Wrap Technology prevents it getting clogged with all that fluff.