Two kittens rescued from a garden shed with their siblings have shown immense resilience after they began showing signs of a brain disorder which affects mobility and leaves them walking with a wobble. 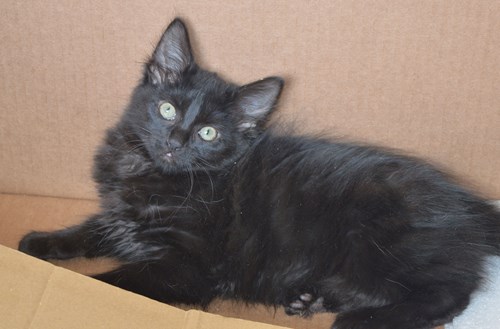 A total of five kittens were taken in by our East Northumberland Branch following reports of a feral cat giving birth out in the open. A member of the public watched over them and ensured the mother was fed until the kittens were strong enough to be separated from her.

At around six or seven weeks old the litter was brought into the care of one of our volunteer fosterers, who is such a big cheese fan she named them Halloumi (Halli), Brie, Mozzarella (Ella), Camembert (Cam) and Gorgonzola (Zola). 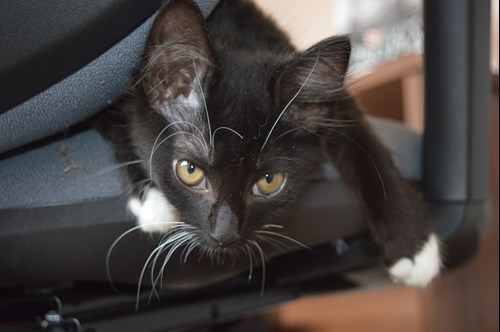 The four girls and a boy all appeared healthy, although were fearful and slightly hissy at the start.

“The kittens seemed to be in good health when they arrived,” said fosterer Belinda Carr. “They were all a little feisty and needed socialising, except for Halloumi who has always been extremely friendly and wanted cuddles from day one. The others were very shy and a little frightened of humans, with Gorgonzola being the most vocal and distrusting.”

After a few weeks, while three of the kittens were thriving, it became apparent all was not completely right with Halloumi and Brie when they started to display a slight wobble when they walked. 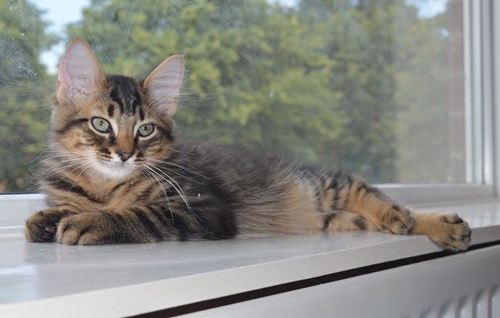 “They were very small wobbles and they had no problems jumping on furniture or playing. However, after a couple of weeks I noticed that Brie was having serious trouble getting up and walking. She was shaking and was unable to jump to get on her favourite high area.

“Halloumi was not as bad but it was clear that she was struggling a bit more than she previously had. I rushed the ladies to the vet, and they found no infection or any other issues. It was determined they had cerebellar hypoplasia, also known as ‘wobbly cat syndrome’.”

Cerebellar hypoplasia is a neurological disorder which prevents the part of the brain which controls motor skills and movement from developing correctly in the womb. Affected kittens have jerky movement which affects their ability to balance and coordinate their limbs. 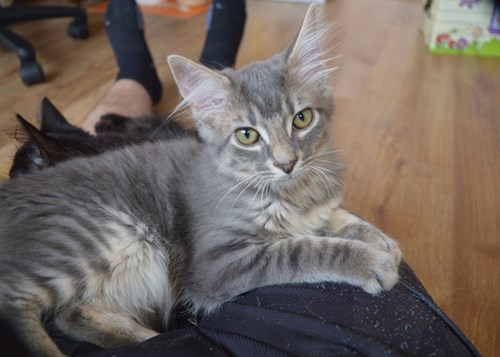 Now 11 weeks old, they are happy, purring, beautiful kittens who love to play and snuggle. They are expected to live normal lives but will just need a little extra help on a day-to-day basis to offset their coordination issues. They do not require any medication and can eat, drink and use the litter tray normally.

Despite the positive prognosis, the pair will need a special home to accommodate their disabilities, and will ideally be adopted together as they have such a close bond they can often be found snuggling together.

They would be best in a home where there are no young children or other animals. Brie is unable to jump or get down from furniture, although she is getting stronger, so requires cosy sleeping places and a place to hide at floor level. She loves a cuddle and stroke and will need help up to a comfy lap, but is able to play as normal. 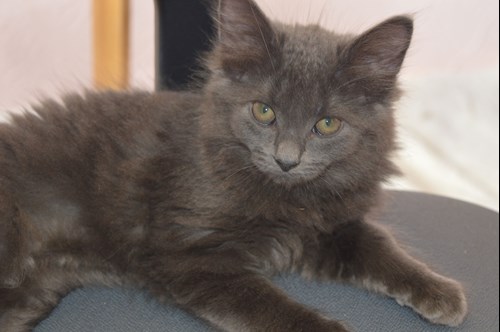 Halloumi is the stronger and more adventurous of the two but would also be able to walk easier on carpet than laminate and would struggle with stairs.

Belinda said: “What the ladies need is a kind and compassionate person who is aware that although they might need a little help, they are full of love and will make someone the best of friends.”