Lucky cat Casper is finally back at home after three years, all thanks to his microchip.

The five-year-old moggy arrived at Cats Protection’s Cornwall Adoption Centre when a person who had been feeding him in Truro became ill and unable to care for him. 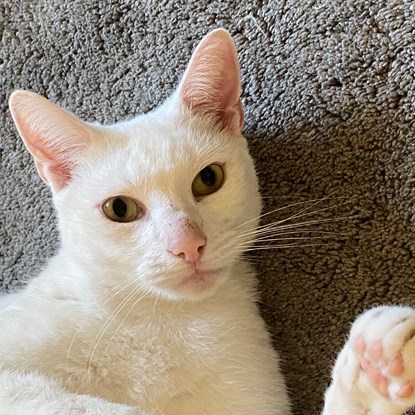 Casper was taken to the centre where he received a health-check which included being scanned for a microchip. The centre staff were surprised to find that it showed him registered to an address in Plymouth, 55 miles away.

Upon contacting the registered owner, Anna Day, it was discovered that Casper had gone missing for a few weeks at a time during 2017, always returning home, until one day he did not come back and had not been seen since.

After receiving the call, Anna and her partner Paul made the 110-mile round-trip from Plymouth to the centre in Truro, to collect her beloved cat that same day. 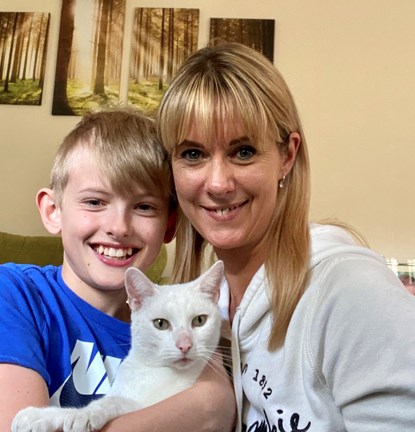 Anna says: “It was such an unexpected surprise to hear that not only had he been found but that he was alive and we could collect him and bring him home. We have no idea how he came to be in Truro but he’s always been a friendly laid back cat who explores and roams, loving to make friends with people.

“Before he went missing he was very much loved by the local community and well known for his trips to the local school and for sitting outside the church asking to be stroked as people walked inside. I was heartbroken when he didn’t come back. I certainly didn’t expect to see him again but I’m so glad that not only did we have him microchipped but that we kept our details up-to-date. 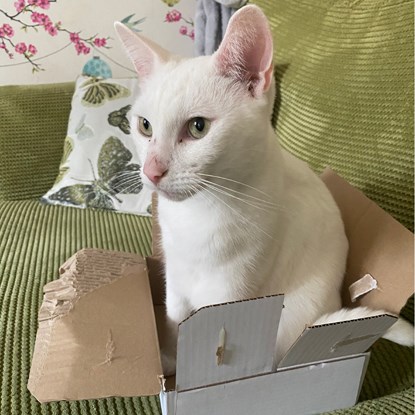 “Casper has settled right back in and seemed to remember us straight away. Since he’s been home he has gone straight back to his favourite spots and even remembers our other cats. He knows Willow does not play with him but that Elvis is still his best mate, when we brought him home they ran up to each other, touched noses and it’s as if he’s never been away. Casper even likes our new dog!”

Libby Jepson, Centre Manager, said: “Casper’s story really highlights the importance of microchipping and as a charity we are actively campaigning to make microchipping for owned cats across the UK compulsory, as it is for dogs, to help reunite more cats with their owners. Without his microchip we would have had to rely on our detective skills to find out whether Casper had been previously owned but with the chip we were able to call Anna on the day he arrived in care.

“We’re really grateful to players of People’s Postcode Lottery who are supporting microchipping this year and have provided us with 10,000 microchips for 36 of our centres, helping to ensure that every cat that leaves our care is microchipped already and starts their new life with a permanent means of identification.”