Mature moggy Odin and his four-year-old friend Luna arrived at our Glasgow Adoption Centre when their owner became too ill to look after them. 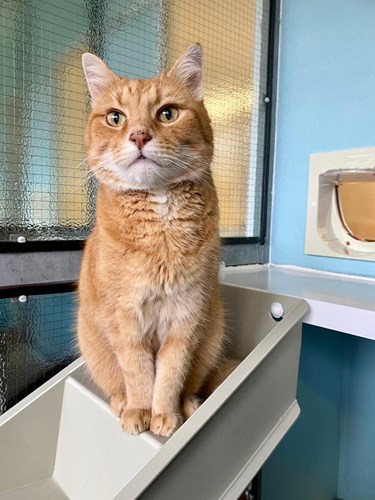 Odin when he arrived at Glasgow Adoption Centre

Worried that Odin’s age might cause him to be overlooked for adoption, the centre team took advantage of our Mature Moggies Day on 16 June and put an appeal in the Glasgow Times to find him a new home.

The profile struck a chord with Helen Brownlie, who said: “I spotted the piece about Odin and young Luna as I was browsing the newspaper. It was only 10 days after we had said a sad goodbye to a much-loved elderly cat. She arrived with me from a cat rescue 19 years ago. We had nursed her through lymphoma for as long as she still had some quality of life. So we were still quite raw.

“The picture of Odin stuck with me and I wondered how he would fare at his age. A couple of weeks later I started checking the Glasgow Adoption Centre website and found that he and Luna were still awaiting adoption. 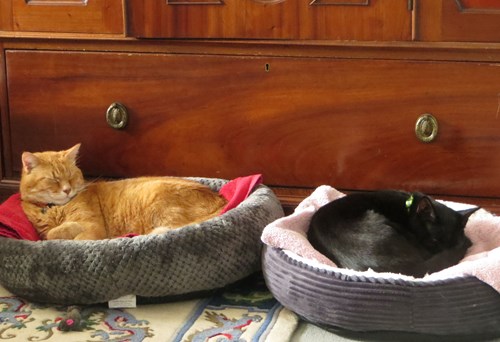 Odin and Luna settled in their new home

“We weren’t really looking to get a new cat just yet but our house felt desolate and when I saw Odin’s picture I worried he might not find a new home.”

After contacting Cats Protection, Helen and her partner Steven went through the adoption process and it was not long before Odin and Luna started their new life in a home surrounded by lots of green space. 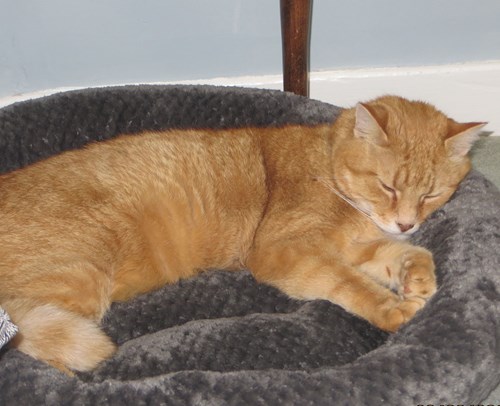 Odin is enjoying snoozing in his retirement home

Helen added: “They have both settled in really well and are hopefully as happy here as they were with their other family. Luna, being all-black, is not terribly photogenic but her picture doesn’t do her justice, she is poetry in motion and very engaging when you meet her. Odin is exactly as the centre team described – a gentle soul who purrs like crazy.”

Senior Cat Care Assistant Lynsey Anderson said: “We are delighted that Odin and Luna have settled into their new home. Odin is a great example of an older cat that can still bring immense happiness and joy to their owner, and we wish them all well for the future.”